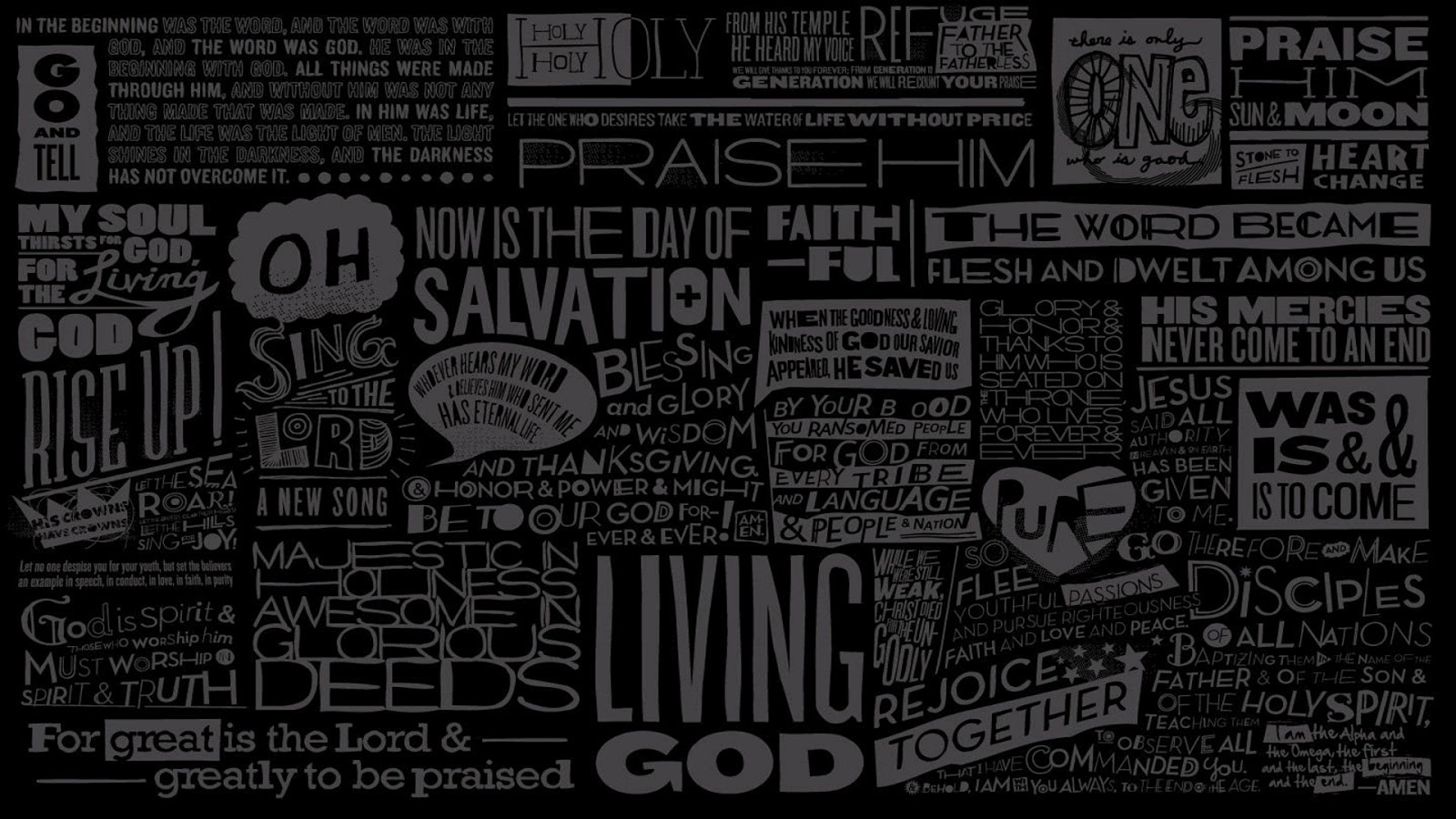 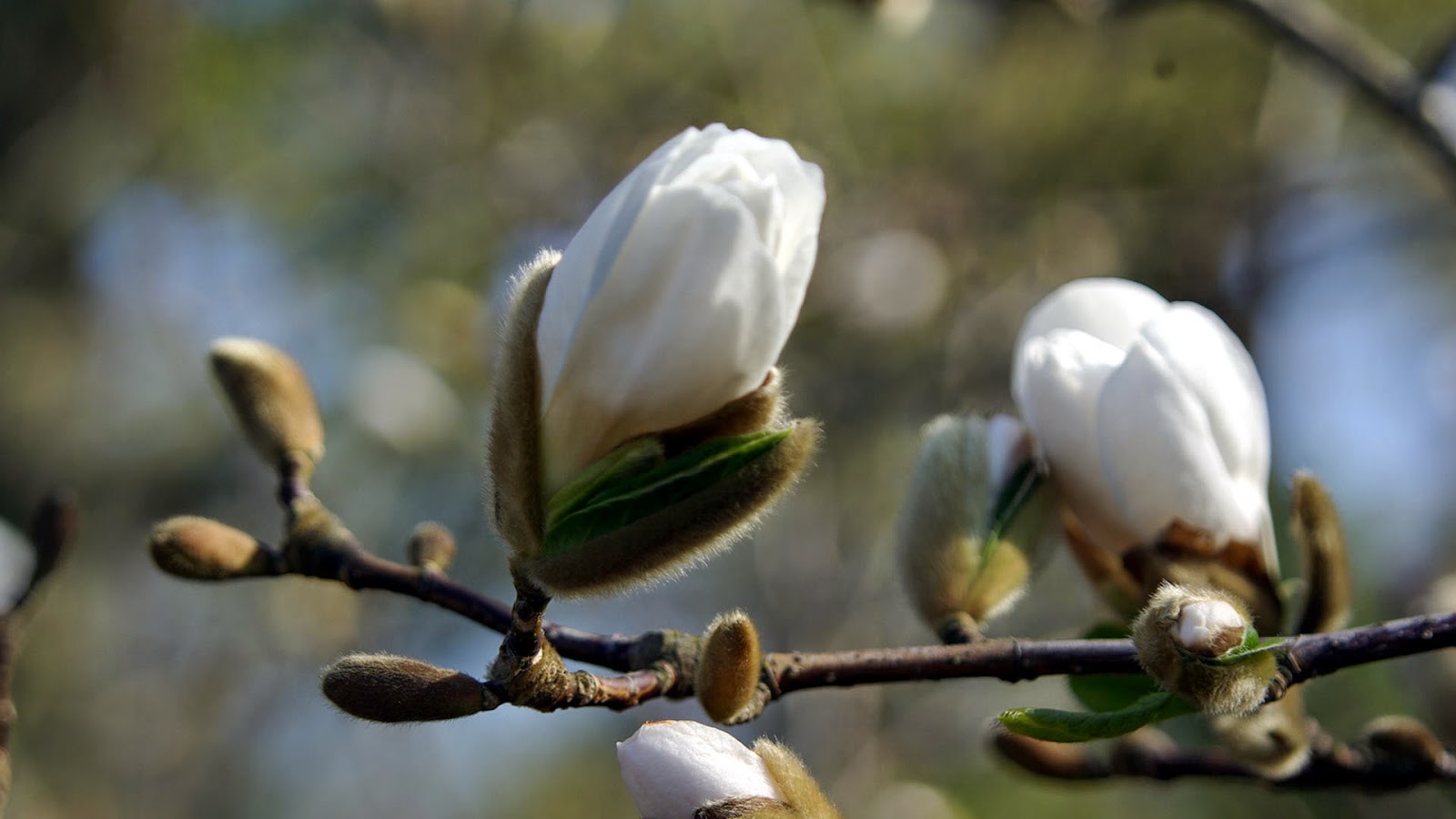 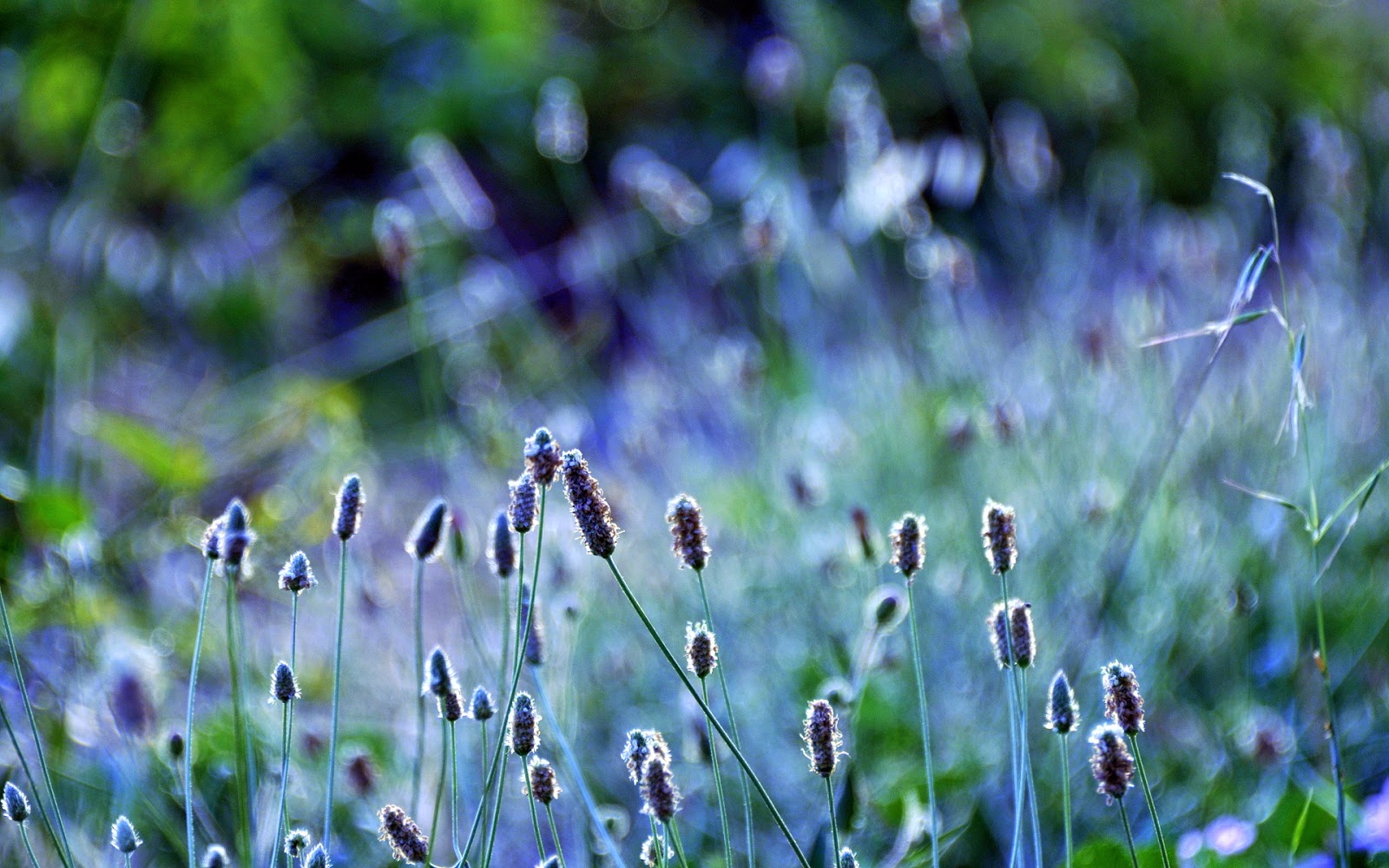 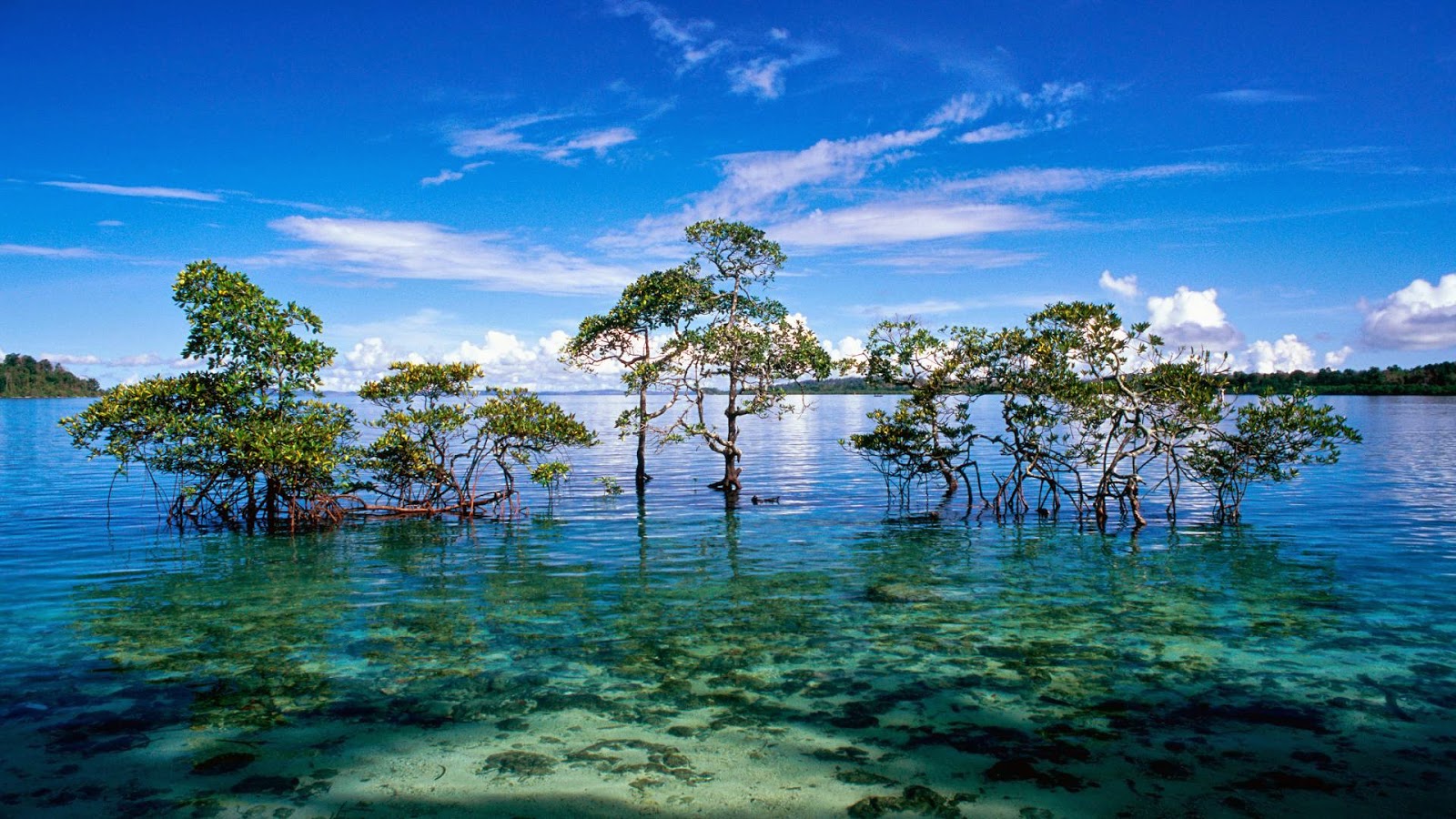 How pizza got its name 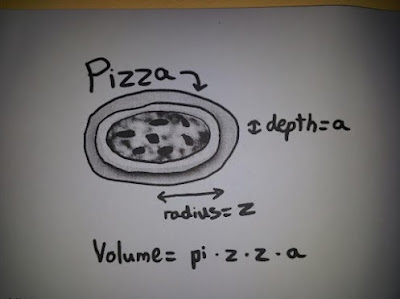 Home is there where the family are

Feeling a little beat up, beat down, beat back by life? Maybe it seems like the world is using you as its punching bag and you don’t have the energy or strength to fight back. Or possibly what you’re experiencing is not quite that extreme. Maybe you’re just finding it hard to face the constant bombardment of hassles, struggles, frustrations, sadness, and worries that surround you each day. Because I love words, reading good quotes or relevant Bible verses targeted at my mood-of-the-moment can really help me along when I get in a funk. Granted, some funks are deep funks requiring more than just words, but words can be a start. Prayer is another aid. Sometimes, just the act of talking to God – telling Him everything that is weighing me down – and then sitting back to listen can bring tremendous comfort. Rarely do I get an immediate answer to my prayer, but the act of praying is powerful and effective (James 5:16). I’d like to share some of my favorites quotes and verses about hope and I pray that just one of these will encourage you or spur you on to keep pushing forward through the funk. Feel free to share some of your favorite quotes or verses in the comments, below! Where hope would otherwise become hopelessness, it becomes faith. – Robert Brault Let us hold unswervingly to the hope we profess, for he who promised is faithful. – Hebrews 10:23 Once you choose hope, anything’s possible. – Christopher Reeve Anyone who is among the living has hope. – Ecclesiastes 9:4 If you knew that hope and despair were paths to the same destination, which would you choose? – Robert Brault May your unfailing love be with us, Lord, even as we put our hope in you. – Psalm 33:22 Hope is the feeling we have that the feeling we have is not permanent. - Mignon McLaughlin You will be secure, because there is hope; you will look about you and take your rest in safety. – Job 11:18 Hope rises like a phoenix from the ashes of shattered dreams. – S.A. Sachs May the God of hope fill you with all joy and peace as you trust in him, so that you may overflow with hope by the power of the Holy Spirit. - Romans 15:13 God sends the dawn that we might see the might-have-beens that still might be. – Robert Brault Wishing you have a hope-filled day full of God’s blessings!

Take out teeth with stone 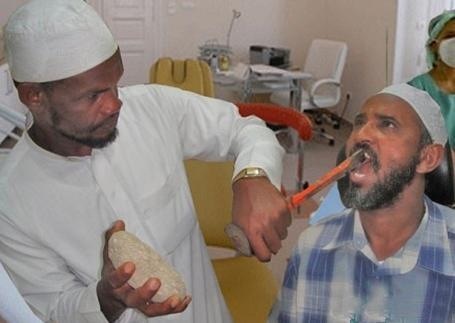 Hello, All my life I have had to clean my teeth at least two times each year. I am living a retired life in Chile, and stopped cleaning my teeth for a few years. Because of poor water standards, I have developed kidney and gall bladder stones over the years. I started to repair the kidney stones naturally via drinking a special tea called CHANCA PIEDRA. The Indian cultures in South America commonly use natural medicines every day. I asked a doctor friend about removing calcium from the body, and he said best way is to use the same tea above and drink 1 oz. of MgCl crystals dissolved in one liter of the cleanest water available. He said store in plastic containers and avoid all metal objects entering dissolved solution. The MgCl crystals are sold in 30 gram plastic bags, at the pharmacy, costing about $1.50USD each sack. The doctor also said to drink this solution in the very late of night, when little or no food in stomach. I will scan my gall bladder in a few months. In fact, I feel great and digestive tract is in excellent condition. I have taken the tea above for one year, and now have not kidney stones. To my surprise, though, the MgCl did remove all plaque buildup on my teeth. My teeth are super clean, and no future dentist bills either. I suggest persons with plaque consider using MgCl as a mouth wash while brushing your teeth, following spitting out the ! oz. MgCl solution -- followed by a second brushing with normal tooth paste. Also, the use of MgCl mouth wash can be applied just once a week, to get excellent results. Final note, this plaque on the teeth is the exact same calcium-based compound formed inside our bodies, which doctors commonly call arthritis.
at 06:21 Нема коментара:

Bleeding Cool has been informed that the online whistleblower site WikiLeaks is preparing to reveal the secret identities of superheroes worldwide.
The controversial website has had a history of releasing confidential documents, often embarrassing to their subjects, and has been criticised for exposing US troops to danger. Well now it seems they are targeting the superhero communities.
There have been simultaneous leaks from both the Civil War files, as a result of Tony Stark leaving a suitcase armour on a train, and a back up Brother Eye satellite that everyone had forgotten about.
So what effect could this have on individual do-gooders?
Superman: None. Superman does not have a secret identity, he wears no mask and he has one of the most famous faces in the world. And his entire family were killed during the explosion of Krypton.
Wolverine: Despite being everywhere all the time, with sideboards that went out of fashion in the seventies – the eighteen seventies I mean – this mutant’s identity is still unknown. The most popular theory is that he’s Tom Cruise sporting falsies  – they are the exact same height after all – and that Cruise’s Scientology oddness would make for convincing cover for his big spiky claw oddness.
Batman: Bruce Wayne recently outed himself as the funder of the Batman enterprise. But the man himself operating in Gotham City could instantly be at risk if any of the organised crime groups learnt, say, the identity of his parents, and forced him to work alongside them instead. Bruce Wayne was unavailable for comment but a press spokesman said that while Batman Inc values a free press, they hope that
Captain America: He was Steve Rogers, but then Steve Rogers died but now Rogers is back but he’s not Captain America any more but there still is a Captain America – but we don’t even know if he is an American. The Wikileaks are alleged to show that Captain America is actually a Canadian, and what’s worse, a French-Canadian. This will be an extreme embarrassment to all involved.
Green Arrow: The only people who think Green Arrow has a secret identity are Oliver Queen and the Arrow Conspiracy Forum who believe that it’s all a bluff, that Queen is allowing the Green Arrow to wear his beard as a distraction from his true identity, Bruce Wayne. But now we know Wayne owns Batman, why bark and have a dog yourself? I guess we’ll find out tomorrow.
Spider-Man: I thought everyone already knew Spider-Man’s identity… but I suddenly can’t remember it and Googling just isn’t workin for me. Can anyone remember?
Green Lantern: The small “domino” mask of Green Lantern has been an incredibly effective way of keeping this intergalactic warrior’s secret identity secret from even the likes of Darkseid. Indeed, as a result, domino masks have been banned in a number of countries, because of the way they can defeat even the most advanced facial recognition software. But what supercomputers and criminal geniuses have failed to accomplish, it falls to some Australian blogger to do the deed.
Galactus: A bathroom attendant living in Queens, apparently. Pretty predictable really.
at 06:20 Нема коментара:

How long teabag need to be in water - ilustrated

Worlds beautiful wallpapers
Also, you can visit Car wallpapers site for more HD wallpapers
Free wallpapers of the most beautifull cars on this planet
Cool HD Games Wallpapers
Premium wallpapers for your desktop